The very first postage stamps of Lostisland were issued in May 2012, featuring the then Coat of Arms and the portraits of composers Alexander Scriabin and Claude Debussy, whose anniversaries were celebrated that year. Issuing stamps commemorating historical personalities became a good Lostislandic tradition. Since 2012 all Lostislandic stamps have been nominated in reais – the plural of real, which is the proposed currency of Lostisland.

Later in 2012 Lostisland Post issued three  more stamps: two joint issues with the Sovereign Military Roman Hadrian Order (Sovrano Militare Ordine Romano Adrianeo, known by its acronym S.M.O.R.A. – an Italian chivalric organization) and the Federal Republic of St.Charlie, a now defunct Italophone new nation project. The third one was issued to commemorate Lostisland’s participation in PoliNation 2012 – a summit of new nation projects and micronations the Lostislandic delegation was supposed to attend, but due to unforeseen circumstances the participation was canceled. 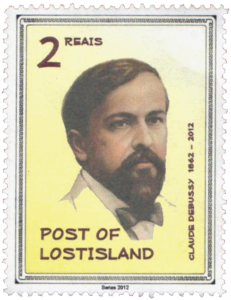 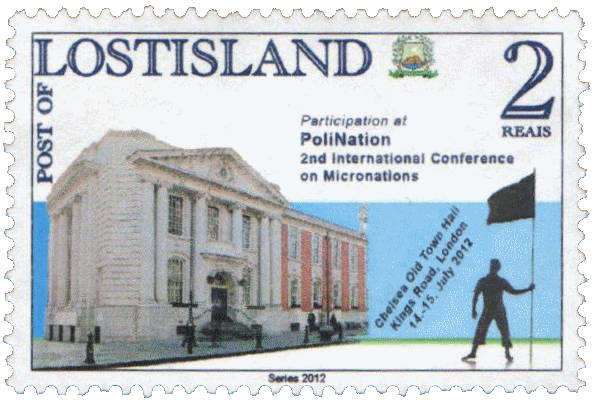 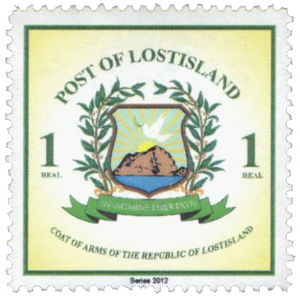 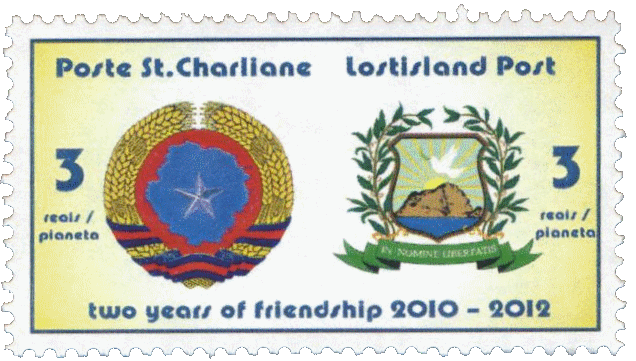 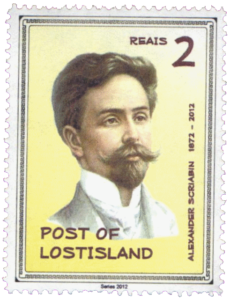 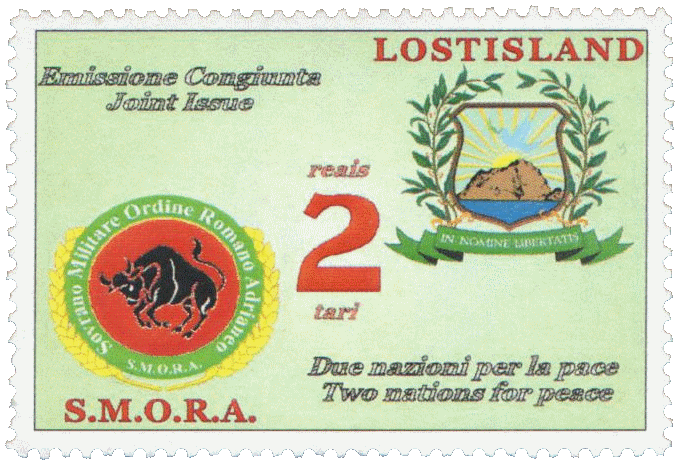 The debute of Post of Lostisland, renamed next year as Lostisland Post, was a huge success, and the entire stamp issue was sold out within a matter of weeks. Inspired by the good start, next year Lostisland issued four stamp series: featuring the then logotype of Lostisland, and commemorating the anniversary of Italian composer Giuseppe Verdi. In addition Lostisland issued a stamp commemorating the 2012 expedition, with a photo of the Lostislandic flag next to Hunter Island. It was also in 2013 that Lostisland Post was commissioned as the official supplier for GUM Post, an intermicronational organization, and issued special stamps featuring the logo of the organization. 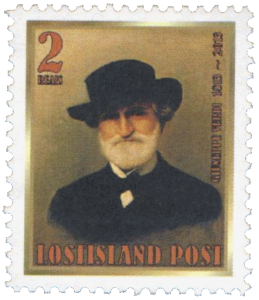 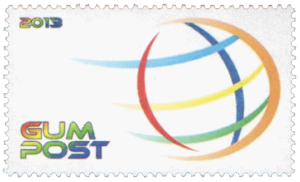 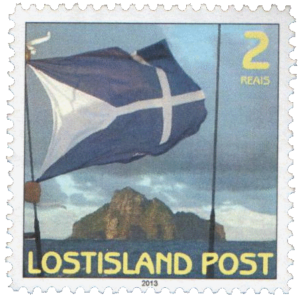 In early 2014 the Federal Republic of Lostisland signed a Treaty of Mutual Recognition with the Republic of Užupis – an artistic micronation in Vilnius, the capital of Lithuania. To commemorate this occasion a joint stamp of Lostisland and Užupis was issued, featuring the logos of both Lostisland and Užupis and nominated in their respective currencies – the real and the eurouž. Also in 2014 Lostisland Post issued a stamp with the Triskele, a traditional Celtic symbol. 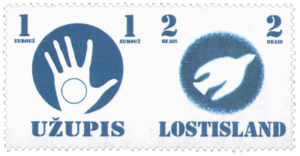 The Federal Republic of Lostisland, though a secular organization, experienced significant influence of Catholicism throughout history. To honor Lostislandic Catholic legacy, in 2015 Lostisland Post issued a stamp commemorating St. Teresa of Avila – a prominent Spanish saint known for her reform of the Carmelite order, whose 500th anniversary was celebrated that year. Another commemorative stamp featured Dante Alighieri, a Renaissance Catholic writer and humanist. 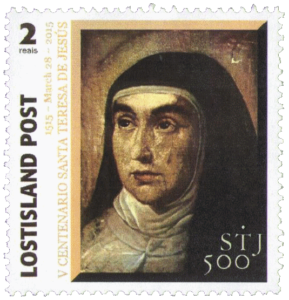 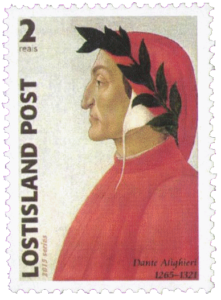 2016 was the first (and so far only) year when the decision whom to depict on commemorative stamps was collectively made by Lostislandic citizens. After a two-round voting it was decided to commemorate the anniversaries of Wolfgang Amadeus Mozart and Ukrainian poet Taras Shevchenko. In addition, a stamp with the new Logotype of Lostisland was issued that year. 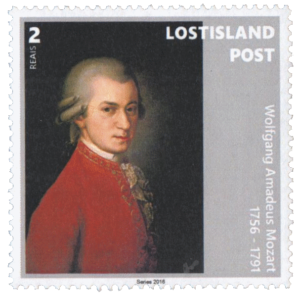 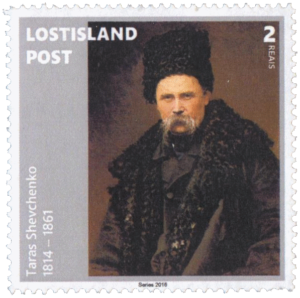 In 2017, for the first time in history, Lostisland Post issued a postage stamp depicting the President for Life. It was also in 2017 that Lostisland’s Genghis Khan stamp was issued, which became subject of an article in Mongol newspaper and to date remains the most popular Lostislandic stamp ever printed. Other personas depicted on 2017 stamps include American President John F. Kennedy, Finnish President Carl Mannerheim, and Pope Alexander VI. 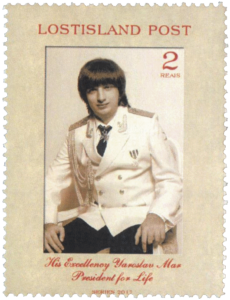 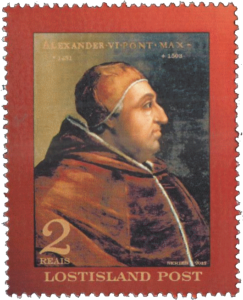 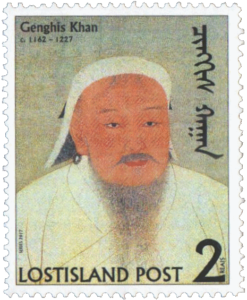 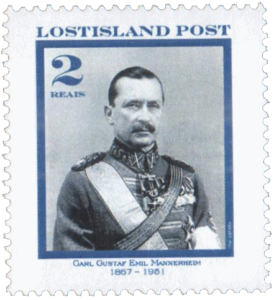 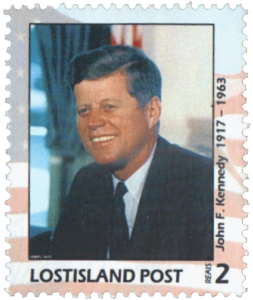 To celebrate the 70th anniversary of the State of Israel, in 2018 Lostisland Post issued special stamps with the official logo of the anniversary in Hebrew, Arabic and English. The individuals commemorated on 2018 stamps included President Yaroslav Mar, Argentine President and Freemason Domingo Faustino Sarmiento, and South American liberator José de San Martín. 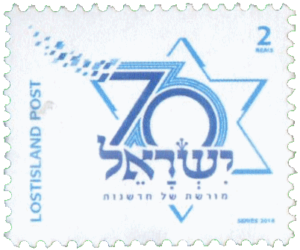 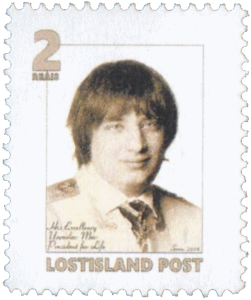 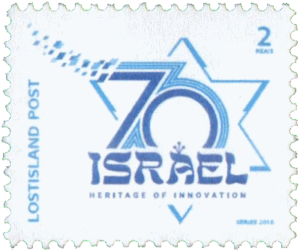 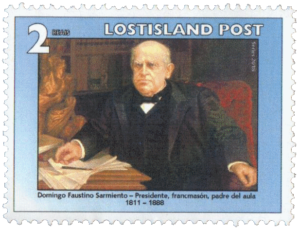 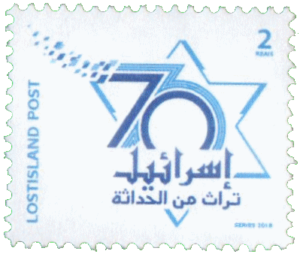 The 2019 stamps were released not without problems: due to supplier overload, it was not until February 2020 that they actually saw light. The stamps feature President Yaroslav Mar, his Argentine counterpart Juan Peron and Eva Peron, and Spanish zarzuela composer Emilio Arrieta. 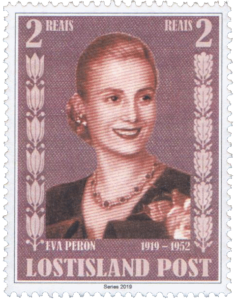 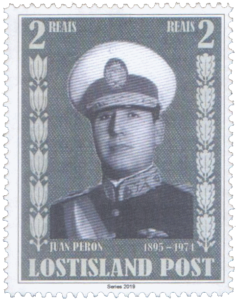 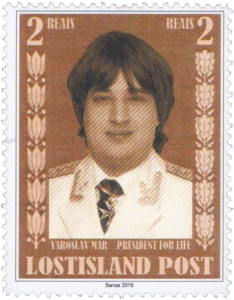 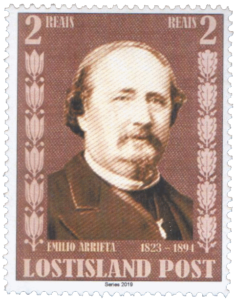 Impressed by what you've read here? Want to influence the future of Lostisland Post?