Lostisland might be not exactly a nation in the traditional meaning of the word, but it does have national symbols: the Flag, the Coat of Arms, and the Anthem. Since our transition from role-play game to new nation project in 2010, they have been displayed on numerous Lostislandic and international events.


The Flag of Lostisland was designed in 2010 by Yaroslav Mar for the then Republic of Lostisland, and consists of four blue quarters divided by a white cross and a triangle on a 2:3 banner. Color blue symbolizes the sky and the ocean bathing the islands of the Federal Republic, clearness of ideas, and glory of the nation. According to the Lostislandic standard, HEX code for blue must be #343399. White, in its turn, symbolizes the transparency of the governmental system and openness to new ideas. The original Flag of Lostisland is preserved in the Presidential Residence in Moscow and displayed on reunions of citizens. 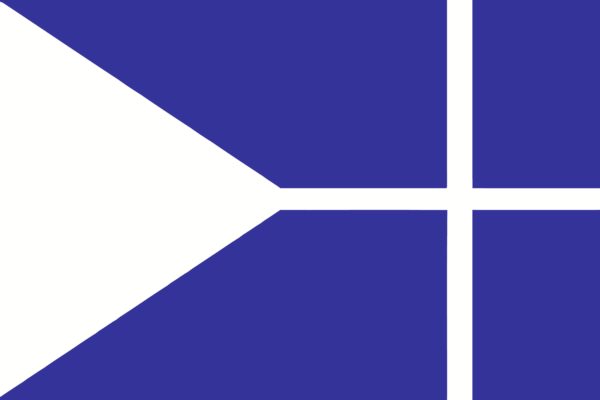 Buy a Flag of Lostisland


The current Coat of Arms of Lostisland is the third one used by the organization, and was designed by Prime Minister Denys Tezdzhanenko in April 2015. The contemporary Coat of Arms features a white pigeon with an olive branch – a reference to Genesis 8:10-11 – as a symbol of new era and global peace; the Eye of Providence as the non-denominational symbol of Deity reflecting the belief of the founders of Lostisland in a Supreme Creator, the Great Architect of the Universe; and Greek letters Α and Ω, symbolizing the beginning and the end. The shield is supported by two dolphins symbolizing the Pacific ocean, and is headed by the Crown of Pavlov, honoring the historical ties of Lostisland to the Pavlovian monarchy. The ribbon below the Coat of Arms features the year of foundation of Lostisland (2008) and the national motto In nomine libertatis, which translates to English as In the name of liberty. The motto is sometimes humorously interpreted as a short version of In nomine libertatis vincula edeficamus, in nomine veritatis mendacia efferimus: a line from Non mettere le mani in tasca song by Italian rapper Caparezza (Michele Salvemini), which, in turn, translates as In the name of liberty we forge shackles, in the name of truth we spread lies. The shield is accompanied with the Order of the White Pigeon: Lostisland’s highest and only award. 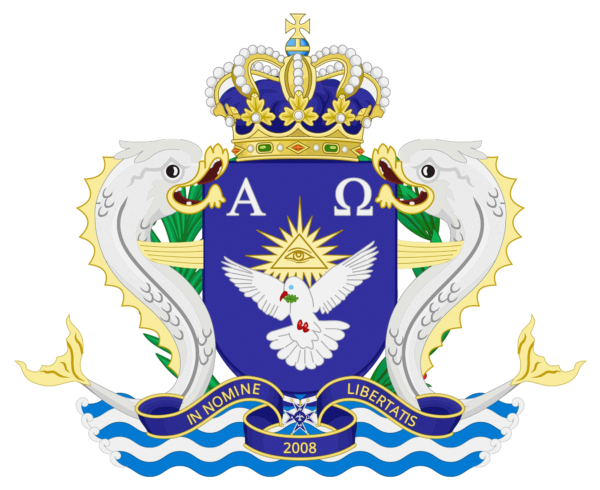 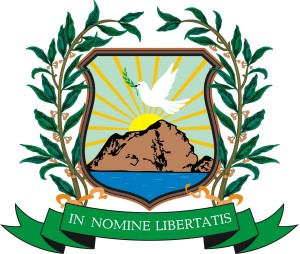 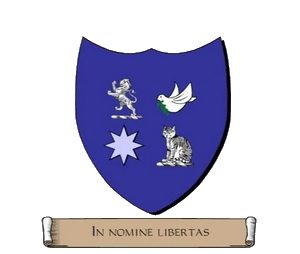 An early draft of the Coat of Arms of Lostisland (2010)


In day-to-day usage the Lostislandic Coat of Arms has been mostly replaced with a more minimalistic logo, which features only the shield and the crown. Just like the Coat of Arms it was designed by Prime Minister Denys Tezdzhanenko. 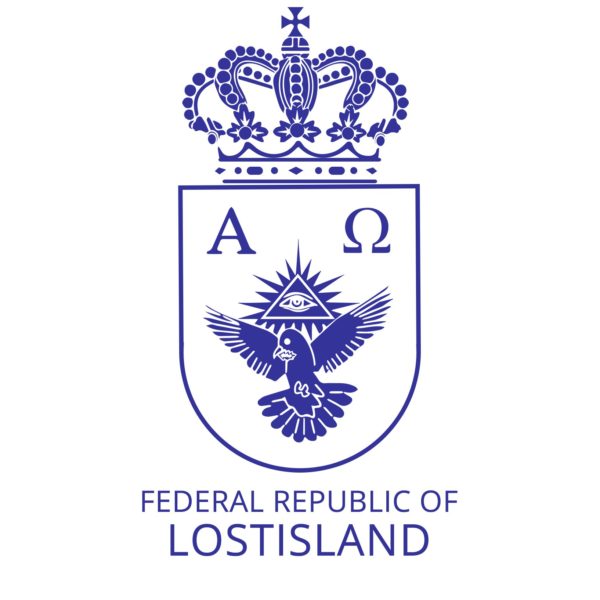 
Out of many new nation projects that exist, very few can boast having their own National Anthem. Lostisland is one of them. The National Anthem of Lostisland was composed in 2009 by would-be Captain Regent Stepan Ignatyev and became official in 2010, when the Republic of Lostisland is formally established. The anthem used to have lyrics in Russian in the role-play era, but currently is only instrumental.