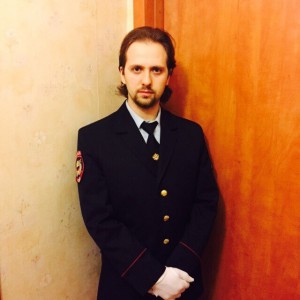 His Excellency Theodor Saradjev, the Minister of State Security, in full uniform.

The Ministry of State Security (Dutch: Ministerie van Staatsveiligheid, Turkish: Devlet Güvenlik Bakanlığı, Spanish: Ministerio de Seguridad Estatal, Russian: Министерство государственной безопасности), formerly known as the Ministry of the Interior is a Lostislandic governmental agency dedicated to the preservation of law and order within the Federal Republic and ensuring the safety of Lostisland and her citizens, as well as to generallyt dealing with the issues of citizenship and overseeing citizenship applications.

Throughout its history, the office was occupied by three Lostislandic citizens, with the incumbent one being Theodor Saradjev, who assumed the office in January 2015.