In what was the first time since 2014 that the Federal Republic of Lostisland entered in a formal agreement, President Mar signed the Treaty on Eternal Friendship and Alliance with the Principality of Montescano – a new nation projected headed by Lostislandic Prime Minister Denys Tezdzhanenko as Prince Dionisiy, which is the spiritual and legal successor of the defunct Empire of Pavlov, once an associated state of Lostisland.

With the treaty signed and in force, Lostisland returns – once again – to an aristocratic republic, which she was intended to be back in 2013 when the Federal Republic with Pavlov was formed, and resumes her historical alliance with Pavlov, of which Montescano is an incarnation.

According to foreign policy change enacted in 2014, the Federal Republic of Lostisland does not enter in diplomatic relations with micronations (new nations projects), and exceptions to this practice can be made only at the discretion of the Life President. As confirmed by President Mar, the signing of a treaty with Pavlov doesn’t demonstrate a walkaway from this policy, but rather should be viewed as a one-time exception motivated by common roots and heritage of the two nations, which is not the case with any micronation except Montescano.

The Principality of Montescano is a miniature monarchy formed on 29 May 2019 by leaders and citizens of the former Empire of Pavlov, and as such has significant cultural and historical similarity with Lostisland. The treaty provides legal background for an existing reality where Lostislandic and Montescanin politics often overlap and permanent contacts are maintained between each other’s citizens. 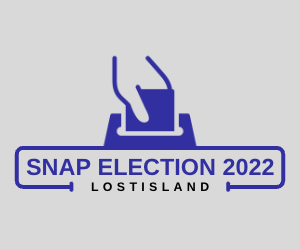