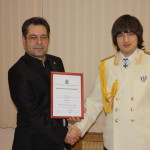 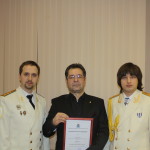 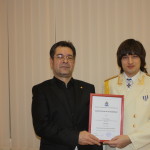 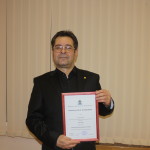 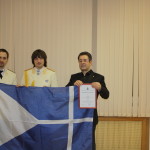 His Excellency the Life President Yaroslav Mar conducted a citizenship ceremony this Tuesday, in which Mr Sergey Zlatkis, a new citizen of Lostisland, was issued a Certificate of Citizenship in presence of the Honorable Minister of State Security, Ober Commissioner Theodor Saradjev.

The tradition of issuing Certificates of Citizenship to the new Lostislandic citizens goes back to the first days of Lostisland in October 2010, when the then Captains Regent of the Republic signed the first such certificate, however not until this week those would be presented at a specific ceremony and by the Head of State personally.

The President was accompanied on the ceremony by Hon Theodor Saradjev, the Minister of State Security and the most senior – after the President himself – official responsible for the reviewing of citizenship applications. His Excellency congratuled Mr Zlatkis on becoming a Lostislandic citizen and wished him success in his new life in Lostisland.